Mikael was on death row, until a sword fell from the sky and into their cell. Now they're escaping. Directional arrows/wasd/dpad is all you need.

really clever I enjoyed this

very very good but having trouble with final boss honestly.

This was fun! Love that it seems to be rhythm based - agree that it was a little difficult to play on browser, but I'm chalking that up to my lack of skill.

This has such a nostalgic feel to it - reminds me of the games I used to play on the NES. The intro scene, premise and character design are hilarious! I played the web version but it was pretty difficult and I'm guessing it will be much more fun with a controller on the download version. Super challenging - I still haven't been able to get past the guys in the one room where they shoot from top/bottom/right at the same time. This is so well put together I love it and I know I'm going to keep at it until I beat the game! Was this built on Godot?

Thank you! Yes! Godot is my weapon of choice, very pleasant to use.
Do you have wings yet? Wings are pretty important *wink*

I managed to get one wing I think but I guess I may need 2. I think I need to draw a map of the place. Got "stuck" in an area of complete darkness - don't know if it's a bug or part of the story. When I try to go back there's a sort of animation that looks like lightning has hit me but he keeps running into the darkness...endlessly...

That would an error. Was it perhaps in the lab (blue) room? I think I've fixed it. 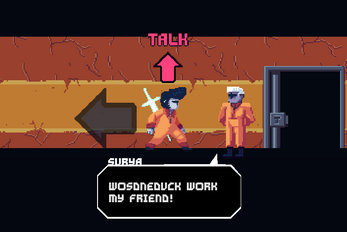 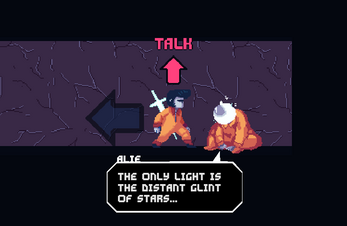